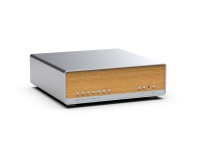 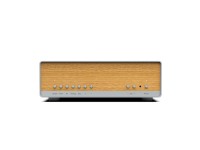 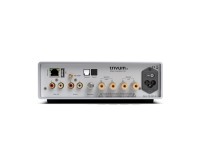 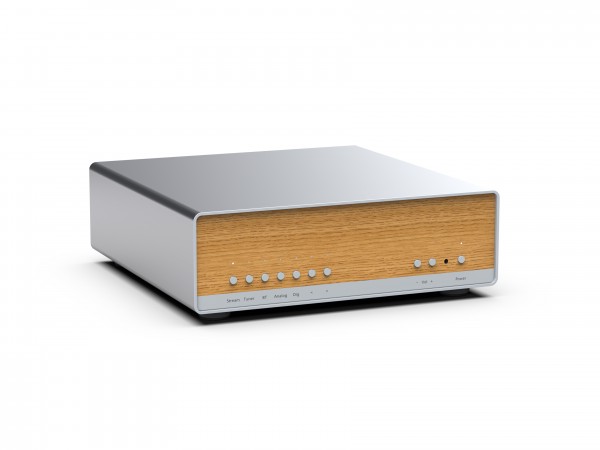 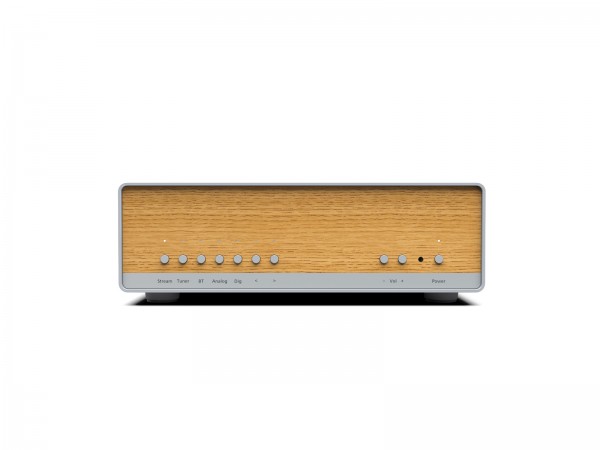 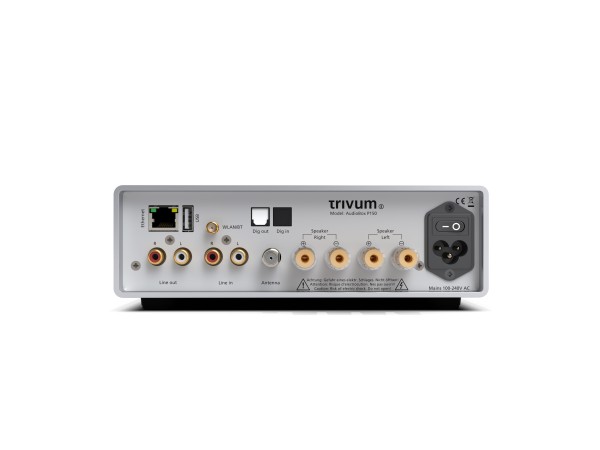 The AudioBox P150 Pro is an amplifier, streamer, Bluetooth receiver, DAB+/FM radio and central unit in one. Independent for 1 to 3 rooms or in combination with other trivum SoundSystems for up to 64 rooms.

Thanks to our intuitive app, the AudioBox P150 Pro is very easy to use - on smartphones as well as in a web browser or on trivum TouchPads. Thanks to the trivum t3OS operating system, the trivum SoundSystems are both simple and very flexible. It contains many additional functions that make the AudioBox P150 Pro a powerful central unit in any home.

The AudioBox P150 Pro has been conquently optimized for the best possible music reproduction. Our 15 years of experience in the audio sector have created a high-end sound system that meets all expectations. HD Audio with 192kHz/32 Bit and a digital power amplifier with 2x150 Watt output power. The power supply is oversized with up to 400 watts of power and shows how seriously we take the subject of high-end audio.

Do you want to see right now if everything is as described? Then try it right now with our demo systems, which we have at trivum in Stuttgart. It's a SC044 SoundSystem running the t3OS V9. It is the same operating system as an AudioBox P150 Pro. Or visit our Demo area!

Example 1: Highend-Hifi in the living room 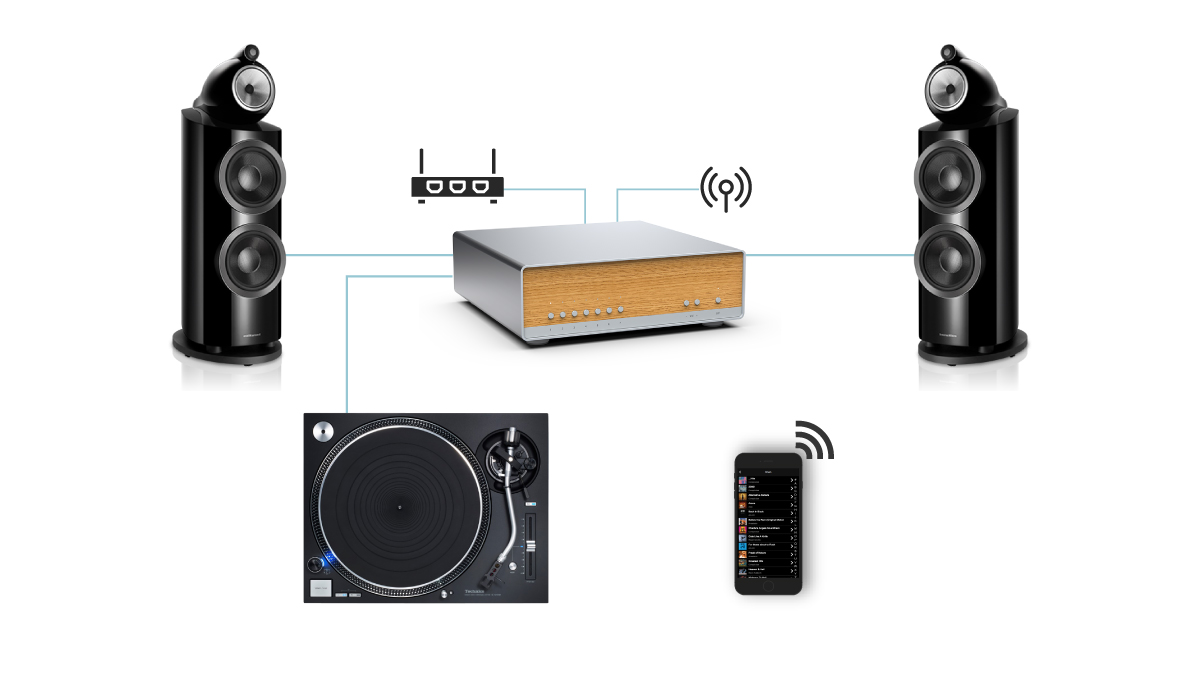 The AudioBox P150 Pro is high-end amplifier and source in one. Thanks to the 2x150 Watt output power, you can also connect really large and demanding loudspeakers. Connect your turntable analog via Cinch cable and you have all music sources in best quality: HD-Audio Streaming, turntable, Bluetooth as well as digital broadcasting with DAB+/FM Radio.

You will be thrilled. Of sound and also of design. 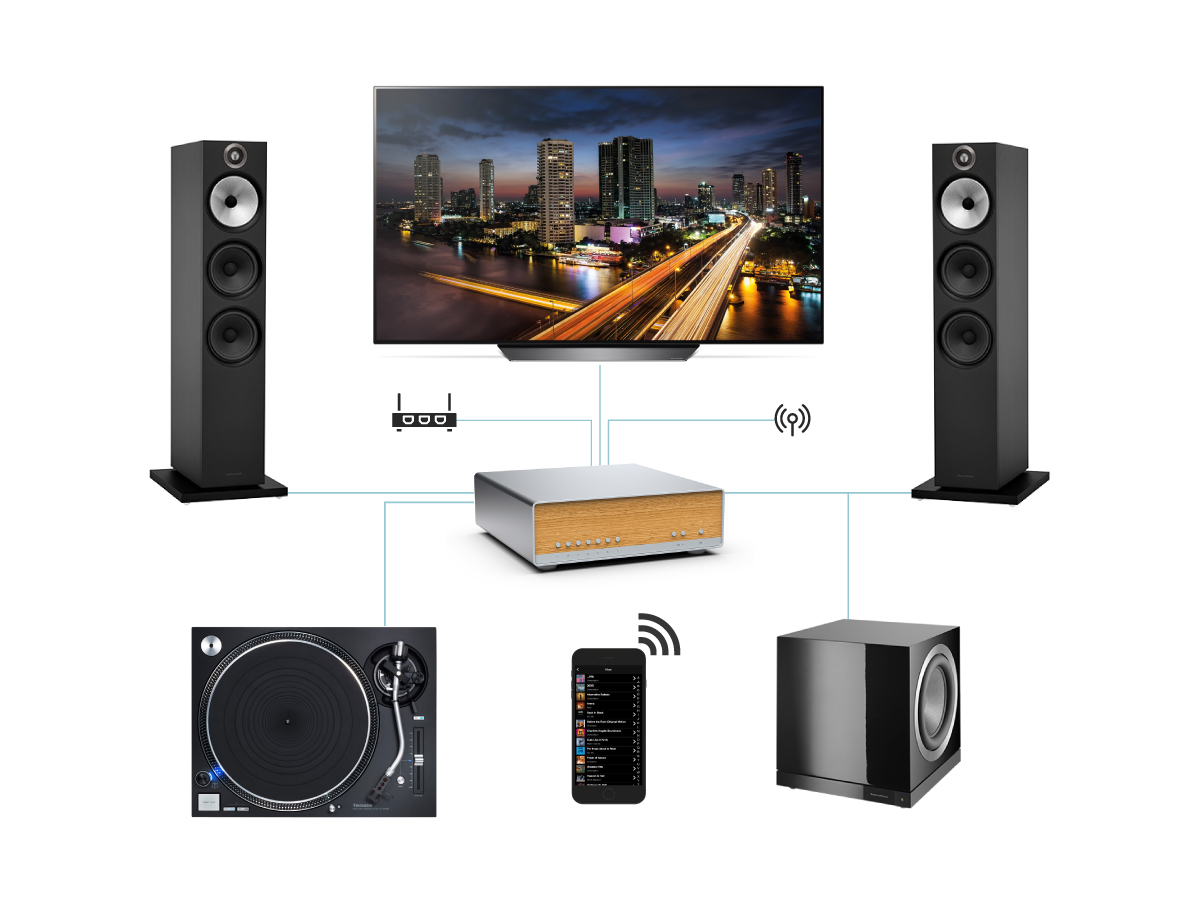 The AudioBox P150 Pro is the audio centre in the living room together with the TV. Thanks to the 2x150 Watt output power, even really large and sophisticated loudspeakers can be connected. In the example the TV is connected to the AudioBox P150 Pro via TOSLink optically digital. And the turntable is connected analog via Cinch cable. In the living room you can choose between HD audio streaming, TV, turntable, Bluetooth and digital radio with DAB+/FM radio as music sources.

Example 3: Living room with TV and kitchen with music 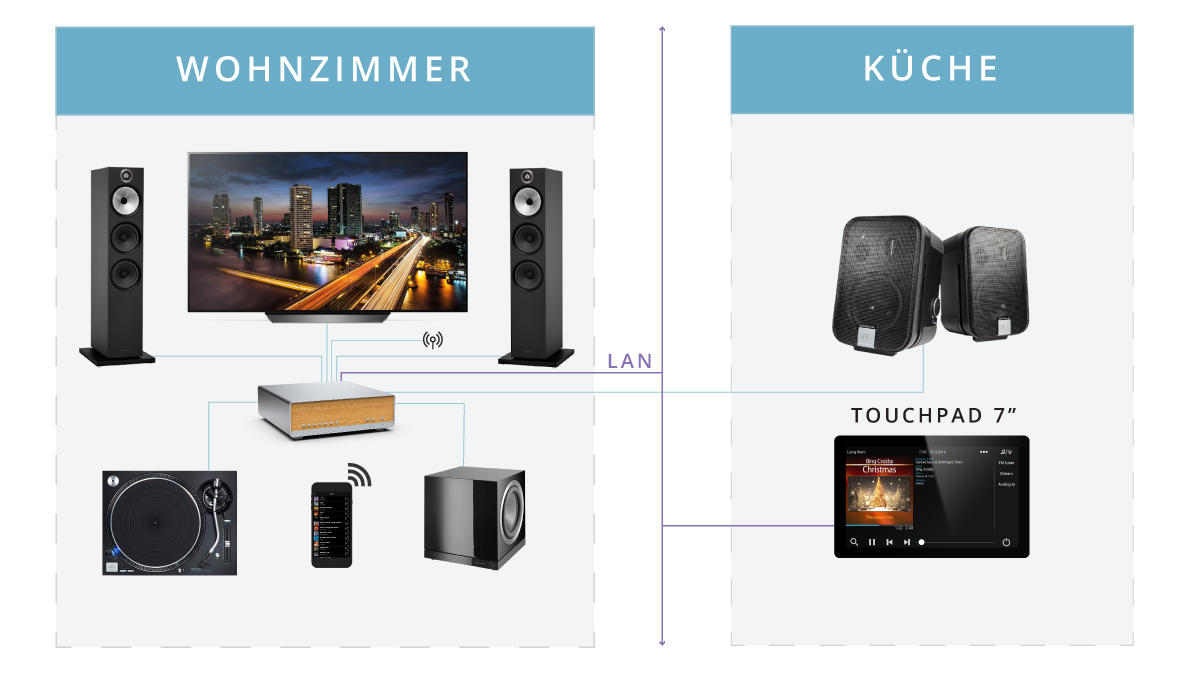 The AudioBox P150 Pro can simply do more: As a high-end audio system in the living room - AND at the same time you can also supply the kitchen with music and TV sound. Thanks to the 2x150 Watt output power, even really large and sophisticated loudspeakers can be connected. In the example, the TV is digitally connected to the AudioBox P150 Pro via TOSLink. And the turntable is connected analog by Cinch cable. In the living room - and independently in the kitchen - you can choose between streaming, TV, turntable, Bluetooth and DAB+/FM radio as music sources.

Because there are two rooms, you can of course group the rooms together, i.e. listen to the same music. Be it at a party or at football.

High-end audio and multiroom in one device: the AudioBox P150 Pro

InStreamer
€329.00 *
Follow us
We use cookies. Some of them are technically necessary (for example for the shopping cart), others help us improve our website and to offer you a better user experience.